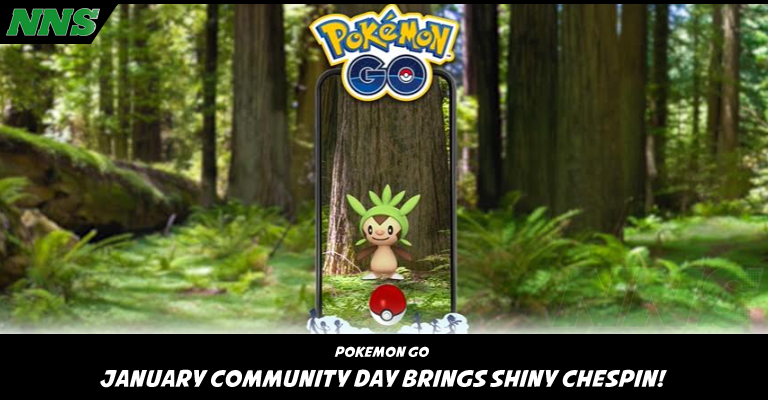 This month we’ve got the cheeky little fellow known as Chespin to look forward to! Date and time are Saturday January 7th, 2:00pm till 5:00pm local time!

Bonuses you can expect are fairly standard:

So, what do we know about this little chestnut? 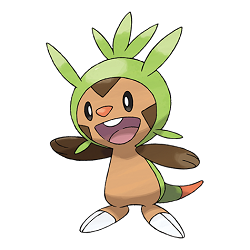 Chespin was introduced in Generation 6 and is the Grass Type Starter for the Kalos region. Unfortunately, it seems to be the least popular of the three available. When up against the bad-ass Froakie and the fur-bait Fennekin, it has a little trouble standing out. Along with the fact that you get given one of the original Kanto Starters in the Generation 6 games once you reach the Professor, and it even gets overshadowed by Bulbasaur in the eyes of many.

I disagree with this status as I honestly find Chespin and its evolutions to be really well designed. Yes, even Quilladin… 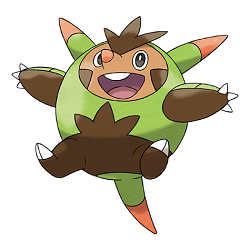 He’s the roundest boy and I love him.

Pokedex information is very, very sparse – it only has entries in the Generation it debuted in. Essentially, the quills atop its head are usually soft, but will stiffen when it senses danger, becoming hard and sharp enough to pierce stone. The shell on its back and head are so protective that you can plough into this little creature with a full-blown truck and it’s going to Queen Maeve the poor vehicle. 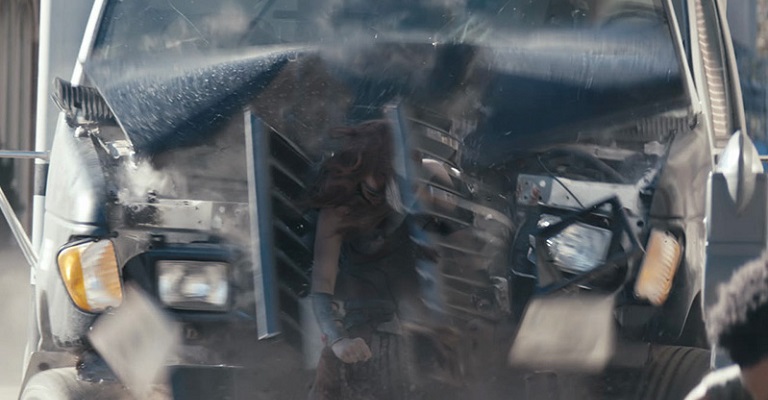 Eventually, Chespin evolves into Quilladin and then Chesnaught. Chesnaught is a knight and gains the Fighting Type upon evolution. Again, Pokedex entries are capped at a total of two; this Pokemon’s Tackle can flip a vehicle of 50 tons (Why does the Chespin line hate vehicles so much?) and when it takes a defensive posture, it can protect itself and its from a bomb blast. (How do we know this? Who is running these experiments? Does someone need to contact the Kalos humane society?)

So. Can Chesnaught flip a 50 ton tank in Pokemon GO? Or is it more of a bomb? 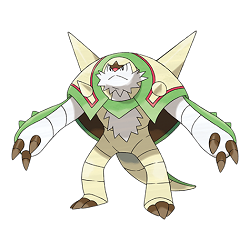 With a Max CP of 3340, Attack of 201, Defense and Stamina of 204 each? Yeah. Not a bad attacker or defender. It does, unfortunately have some severe drawbacks due to that Typing of Grass/Fighting – Flying is a particular vulnerability but it also takes supereffective hits from Ice, Psychic, Fairy, Fire and Poison. It resists Dark, Electric, Ground, Grass, Rock and Water, though!

In terms of Fast Attacks, you get Smack Down, Low Kick and Vine Whip, the latter two being STAB. In terms of Charged Attacks you’ve got Gyro Ball, Energy Ball, Superpower and Solar Beam. The latter 3 are STAB. You’ll also now have access to the Community Day move of Frenzy Plant which is a fantastic attack in general.

Shiny Chespin trades in the green hat for a more autumnal color. (Brown. It’s brown.) so should be easy to spot!

And that’s all I got for you this month, Trainers! As always, I wish you the absolute best of luck out there! Stay warm, stay safe and have fun!