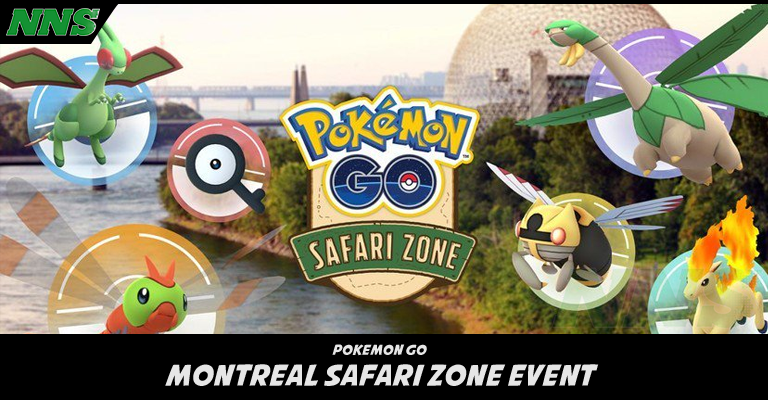 This event is about Speed. Pokemon who are fast are the order of the day. From the promotional art we can see that Ninjask, Rapidash, Yanma, Flygon and Tropius are featured Pokemon at this event along with Unown.

Tropius is, of course, a regional Pokemon available only in Africa, Southern Spain and Crete. A rare opportunity indeed!

There will be special research tasks for attendees as well as the abundance of slightly rarer Pokemon along with Team Lounges, special GO Snapshot opportunities and special 2Km Eggs available from special Pokestops.

For us in the rest of the world? Canada in general will see increased spawns of the featured Pokemon (Whether this extends to Tropius, I’m not sure.) and Globally the only real announcement thus far is that we will see increased spawns of Yanma, the Dragonfly Pokemon. So, get your Bug Catcher attire in order, grab up that butterfly net and acquire some Sinnoh Stones because… 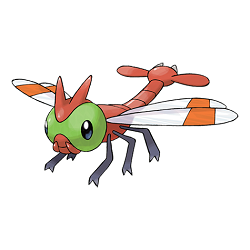 Yanma is a Bug/Flying type introduced in Generation 2 and the Johto Region. It was a semi rare catch as it was hard to find and even harder to pin down, but hardly worth it at the time. It was speedy, sure, but it was single stage ‘Mon with low base stat totals and a common enough typing. The Pokedex informs us that Yanma flaps its wings really fast and is a super adept flier, with sudden stops and changes of direction being no problem whatsoever. It can use its eyes to see a full 360 degrees and uses both this flight skill and good vision to track and chase down other insects as its prey. It can use its wings to create shock waves that can shatter glass.

If your Yanma knows the move Ancient Power in the main series games from Generation 4 onward, it evolves into Yanmega. (In Pokemon Go, you need 50 Yanma Candies and a Sinnoh Stone.) And it’s an absolute monster. We come to find out that this Pokemon can easily and without question transport a grown human. To do this, it uses the wings on its tail to remain balanced. The grisly truth, however, is that this Pokemon likes to fight opponents by viciously biting apart their heads at high speed. I’m not even kidding. It does this nearly instantly. It can also cause massive internal injuries against its foes with the vibration of its wings.

So, do we get to instantaneously masticate heads to pieces in Pokemon GO? Or are we lining up like bugs to the zapper? 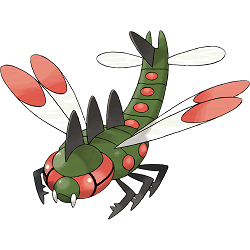 With a Max CP of 2946, Attack of 231, Defense of 156 and Stamina of 200? This is a relatively powerful Pokemon. That Attack Stat is higher than average, and while the Defense Stat is low-mid, the Stamina isn’t too bad at all. It’s not a terrible choice, even in relation to the best Bug Type Attacker (Pinsir: CP 2959, 238 Attack, 182 Defense, 163 Stamina.) or the second best (Scizor, CP 3001, 236 Attack, 181 Defense and 172 Stamina.) The thing that lets it down is the Typing. Bug/Flying leaves it open to Electric Type attacks, Ice Type Attacks and double weak to Rock. Pinsir is straight up Bug so lacks these weaknesses and Scizor’s dual Steel typing removes some weakness to Flying and Ice and adds several resistances, though makes it double weak to Fire.

In terms of moves, you get Bug Bite (Shudder) and Wing Attack for Fast Moves. Charge Moves are Bug Buzz and Aerial Ace for STAB and Ancient Power because it ties back to the main series games. Your best option is to double down on the Bug Type moves and use this Pokemon to destroy Psychics.

So, there’s the scoop on Montreal’s Safari Zone event! Are you planning to go? If so, be sure to catch extra Tropius for the rest of us who can’t make it! I wish you the best of luck, Trainers!