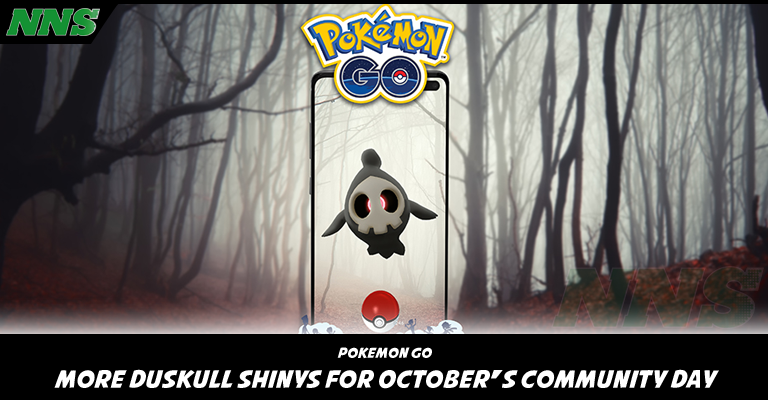 Who’s ready to get Spooooooky???

We’ve got the Requiem Pokemon incoming this Halloween season! It’s been out in Shiny for a pretty long time, but being as they aren’t super common in general (At least, not where I live.) I’d wager there are a fair few of you who don’t yet have it.

So. Let’s get on with this autopsy on the star of the show! 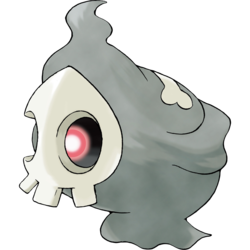 This Pokemon is a bit of a bad egg; it loves the crying of children. It will slip through even the thickest of walls to startle bad kids and make them cry! Bwahaha! It will, if folklore is to be believed, spirit especially bad kids away… especially kids who disobey their parents. A glare from its red, glowing eye will make even strong adults freeze in place. Once it’s identified a target, it will haunt them mercilessly all through the night… but it stops once the sun rises.

Yikes. Must be fun at parties, huh? Never let this Pokemon babysit your kids.

It evolves into Dusclops and then into Dusknoir. In the main series games, this requires a Reaper Cloth and a trade, but in Pokemon GO it’s 100 Candies and a Sinnoh Stone.

Dusknoir was one of the many new evolutions of older Pokemon that debuted in Generation 4. It, like Duskull, is a bit rotten. See that huge mouth on its belly? That’s not just for show! It swallows people and Pokemon whole and then spits out the body with the soul removed. The Pokedex doesn’t implicitly state that they’re reborn as zombies… but I think we all know that they’re reborn as zombies. That long antenna-looking appendage on its head gets spirit radio from realms unknown. These sinister signals indicate targets that Dusknoir must consume so their souls can be carried into the realm of spirit. Absolutely horrifying, right? Even the brightest minds in the Pokemon community don’t know if this Pokemon has a will of its own or if it’s just a puppet, pulled by unseen forces into doing these dastardly deeds.

So. Will it de-soul and carry off your opponents in Pokemon GO? 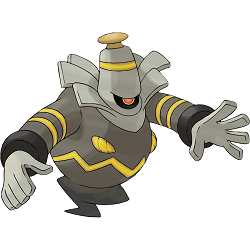 With a Max CP of 2700, Attack of 180, Defense of 254, and Stamina of 128? I think we’re mostly pretty safe. Underwhelming, all in all. Great Defense but not a lot of HP to hold on to. In terms of Typing it’s a pure Ghost Type meaning it’s strong against Normal and Fighting Type Attacks especially, Bug and Poison are regular resistances. It’s weak to Dark and Ghost Type Attacks.

Shiny Duskull and Dusclops are a red color and pretty cool looking! Dusknoir is like… a different shade of gray? So uninspiring.

Anyway, Trainers! I wish you a wonderful October and let’s all of us in the Northern Hemisphere start enjoying Fall. I want pumpkin in everything from this point onward! Have fun, good luck and above all, be safe out there! Don’t let any strange Pokemon spirit you away!