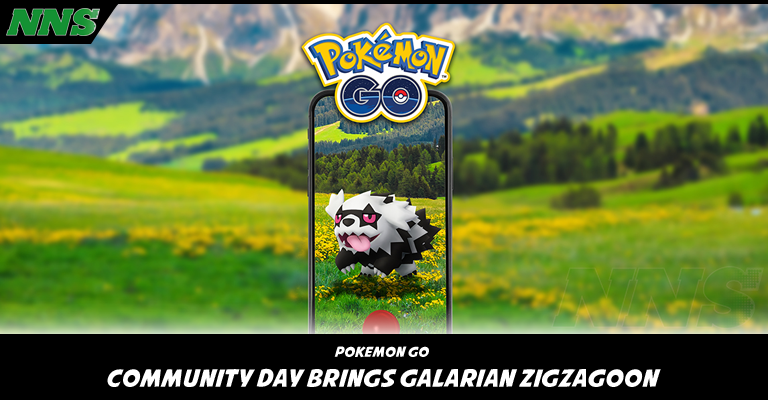 Hey, Trainers! Welcome to another Community Day Spotlight. This month we’re looking at the punk-rock inspired Galarian variant of Zigzagoon! 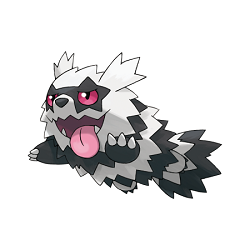 Interestingly enough, Zigzagoon is a tough Pokemon to figure out. Initially introduced in Gen 3, this adorable Route 1 rodent Pokemon isn’t a rodent at all but a canine! It’s based on the Tanuki or Raccoon

Dog native to Japan and some surrounding areas. Seems straightforward enough… until it evolves into an Asian Badger – very much not a canine.

Then, you have the Galarian version which goes through several stages of badger, from fluffy, to skinny to Badger-Man. They borrow their aesthetic from Gene Simmons, who apparently is fine with this. Which is nice. Though, again, a little mystifying as Simmons is American with Israeli roots… relatively far removed from the British feel of Galar. Especially being as England has such a rich musical history. (A ghost/Flying headless bat based on Ozzie Osbourne? No… too dark. A dark/ghost type instead of flying.) 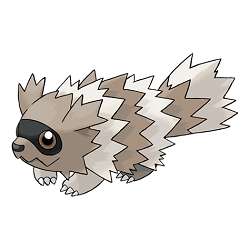 Anyway, the Pokedex informs us that this Pokemon is a champion at finding items, even in long grass. It develops an intense interest in everything it sees and so always has its noze to the ground, zigging and zagging about to spot new stuff to investigate. The fur on its back is hard enough to leave roughed up spots on tree trunks and rubbing against the trees in its area is how it marks territory.

Galarian Zigzagoon is thought to be the oldest, original version of Zigzagoon. Unlike it’s cousins from Hoenn, though, it has a prickly temper as well as a prickly back. It will run headlong into other Pokemon to picmk a fight. What a little jerk!

The other thing that sets the black and white version apart from its brown brethren is that it can evolve beyond Linoone into Obstagoon!

The only Pokedex info available on this fierce looking badger-man is that they can yell at deafening volumes and love to strike threatening poses to stop opponents approaching them. This is the move Obstruct. They have fought many battles and yells at a pitch set to make anyone flinch.

But can it obstruct your progress in Pokemon GO? 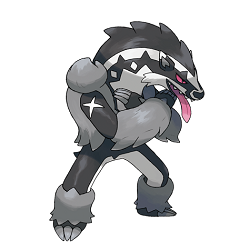 In terms of Attacks it can learn, you have Lick and Counter (Neither is STAB) for Fast Attacks. Charged Attacks are Gunk Shot, Cross Chop, Hyper Beam and Night Slash, the latter two of which are STAB. Obstruct is going to be the Community Day move and it comes with a Defense drop for your opponent and a Defense buff for the Obstagoon! Nice! Obstagoon sees a fair bit of representation in the Great League PvP Battle line-up and because Night Slash launches so fast, it can be a pain to deal with. So, if you’re looking for a tough Great
League partner, this Community Day may just be for you!

One last note – the colors for the Shiny are wild! White but with Magenta and Cyan instead of black and red. Easy to spot and easily, easily one of my favorite Shiny pallets in the whole franchise.

That’s all I’ve got for you, Trainers! As always, I wish you the absolute best of luck. Stay hydrated out there and adventure safely!